Raul Meel (1941) is an Estonian classic - an avant-garde artist who works as a conceptual minimalist, creating abstract compositions. His works are dominated by a graphic study of signs and symbols - an interplay of formal means of expression and content. Raul Meel works with refined artistic language. His individual rhythm and specific flow of the works create a unique compositional wit.

The exhibition is one of the highlights of the 2017 “Printmaking IN Latvia” festival.
The theme of the festival, “The Storm of Silence”, is revealed in Raoul Meel's works both in the content of the works and the way the message is revealed, as well as in the formal means of expression. The “Territory of silence” is the physical and spiritual boundary that is drawn in the mind and heart. It includes questions about both the values and the aesthetics of the artwork. Raoul Meel uses visual silence to create a shock to the viewer's inner world.

"Printmaking IN" is an annual international festival that originated in Pärnu, Estonia, in 1998. The festival creates a unifying platform for artists from all over the world, from Europe, Scandinavia, America, Australia and Asia. The events of the festival offer an opportunity to explore the different techniques of printmaking in all their range. It presents and nurtures traditional printmaking techniques (such as linocut, woodcut, silkscreen, etc.), but also demonstrates the interdisciplinary nature of printmaking.

The festival is organised by the association “Grafikas Kamera” and the artists' association “NON GRATA” (Estonia). The festival is supported by the State Culture Capital Foundation, Riga City Council, the US Embassy in Latvia, “Luste” silkscreen studio, “Akmeņlauzis”, “Zemgus Poligrāfijas Serviss”, Folkclub “Ala Pagrabs”, “Upnet”. 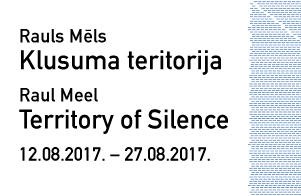