On 30 October, sound and light installation “77 million paintings” by the legendary British multimedia artist Brian Eno will open at the exhibition hall “Riga Art Space”. The exhibition will be open until the end of November.

Brian Eno is regarded as a pioneer of electronic ambient music, he has been very successful in the popular music industry as a musician (this year he was inducted to the Rock and Roll Hall of Fame as a former keyboardist for “Roxy Music”) and as a producer (“U2”, “Coldplay”, “James” etc.), as well as a visual artist keen on experimentation. And it is this aspect of the creative work of the 71-year-old English innovator that will be available for exploration in Riga.

For decades, Brian Eno has been passionate about exploring the possibilities of technology in art. It has led to the development of exciting generative applications and installations. “77 Million Paintings” is a digital artwork, which means that it continues to evolve based on an algorithm invented by the artist, but also occasionally manages to surprise its creator. The interplay of sound and light, without any further intervention by the artist, is the great dream of Brian Eno, brought into reality, and he is happy to share it with anyone, be it at the Venice Biennale, Ritana Park in Beijing, Sydney Opera House or “Riga Art Space”.

Brian Eno has selected the words of another legendary experimenter, John Cage, as the motto for his creative life as a multimedia artist - “the function of art is to imitate nature in her manner of operation.” Eno’s latest works are based in this self-sufficiency.  Two years ago, the generative music album, co-created by Brian Eno and computer artist Peter Chilvers named “Brian Eno: Reflection”, caused ripples in the music world, as well as the world of mobile app development, and is considered to be the first officially released music album of its kind in the world. The album responds musically and visually to time of day and even seasons of the year.

Eno and Chilvers developed an interactive and generative music app “Bloom”, which the multimedia artist himself has dubbed the music box of the 21st century, its successor “Trope”, as well as the “Scape” app built specifically for the iPad and intended for true gourmets of ambient music. The idea is simple - a set of musical sounds developed by the artist over many years, the processes of their creation, rules of composition and customized visualizations are fed into the program, from there, the robot continues to work on its own, creating a surprisingly artistically enjoyable result.

All of the above apps are available to any user of the latest generation smartphone, tablet or laptop, in addition, last year Eno and Chilvers introduced “Bloom: 10 Worlds”, a dedication to the ten year anniversary of “Bloom”,  and the app has received praise from art and technology critics alike.

However, the most impressive way to enjoy the multimedia cosmos created by Brian Eno, is the installation, delivering interplay of sound, light and visualization, precisely as designed by the artist. Not for nothing, the “77 Million Paintings”, co-created with the programmer Jake Dowie in 2006, has garnered praise from art critics, as it allows a glimpse into a completely unexplored territory of fresh creative expression.

Eno continues to add new music and visual ideas to the installation; therefore, even though it was first exhibited before the development of first mobile apps, “77 Million Paintings” continue to offer new sounds, light and visual interplay, also called “visual music”.
The Winchester School of Art graduate Eno created installations centered on the interplay of music and light already in the late seventies, so neither the vast numbers of his admirers, nor the art critics question the artistic quality of his work rooted in experience, but the artist himself invites to enjoy his works with an open mind, by simply submitting yourself to the ambient fusion of various media and the process of generation of unique sensations. Incidentally, it is also curative, as replicas of “77 Million Paintings” and another one of Eno’s multimedia installations - “Light Boxes” - are used for therapeutic purposes in several hospitals in the Great Britain.

The exhibition is organized by the Association of Culture Institutions of Riga City Council and the exhibition hall “Riga Art Space” - makslastelpa.lv. 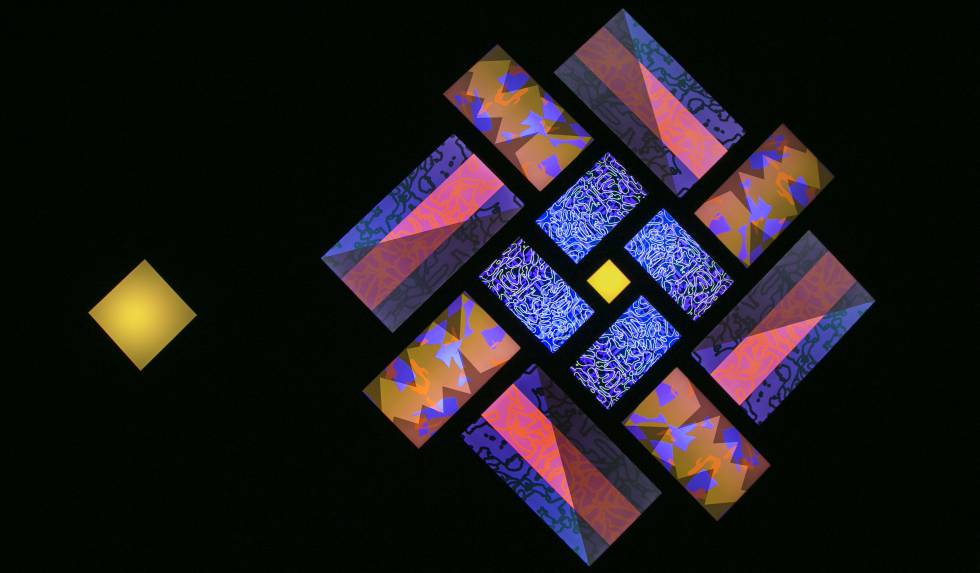 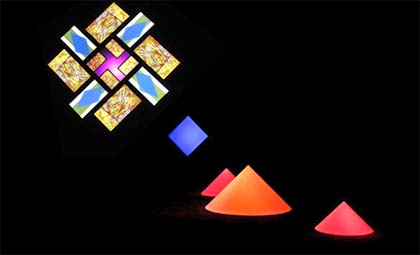 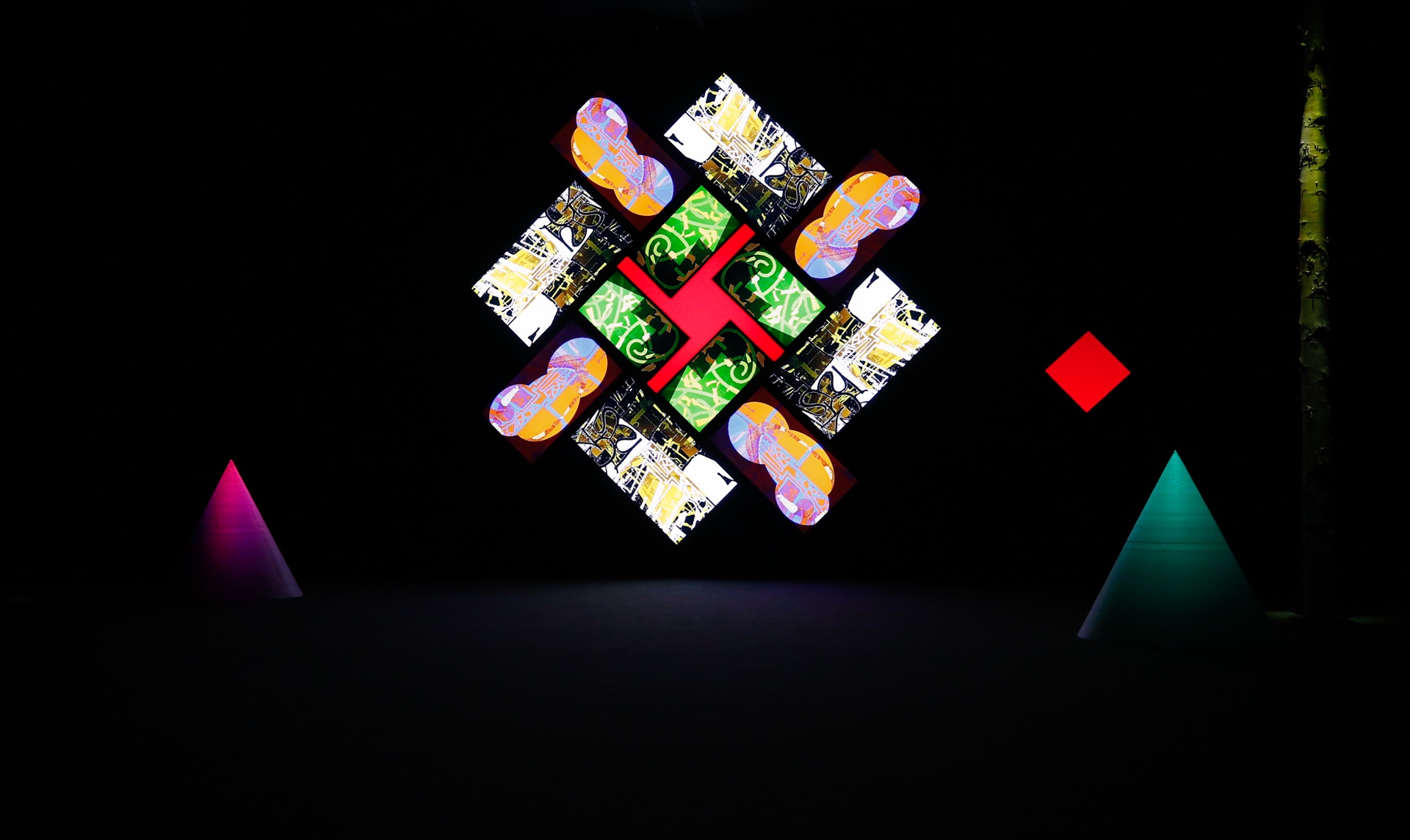