Keynote speaker Moritz Neumüller, the writer of Photobook Phenomenon, outlines the context of the conference “21st-Century Central and East European Photobooks” in Riga. The interest in photobooks amongst historians, collectors, curators, and artists is translating into the publication of successive detailed studies. “Books about photobooks” have now become a genre in their own right. This genre is mainly composed of exhaustive publications which rework the national histories of photography, and it includes books devoted to Austrian, Belgian, Chinese, Czechoslovakian, German, Soviet, Swedish, and Swiss photobooks. Rarer, though no less interesting, are synthetic works (with Gerry Badger’s and Martin Parr’s three-volume history of the form being a case in point), dealing with specific themes (like photobooks by women), and photobooks focused on particular cities or regions (such as New York, Paris or Latin America, for instance).

Reflections on the phenomenon of the photobook, which has been growing and flourishing for a quarter of a century now, lead to musings on the state of Eastern European scholarship on the topic. The direct starting point for the conference is the exhibition and conference Photobloc. Central Europe in Photobooks. Created by Łukasz Goryczyca, Adam Mazur, and Natalia Żak, it was first held at Krakow’s International Culture Centre in 2019 and then travelled to the Olomouc Museum of Art in 2020, and to the National Gallery of Art in Vilnius in 2021. Scholars from the Czech Republic, Estonia, Germany, Hungary, Latvia, Lithuania, Poland, Romania, and Slovakia were invited to participate in the project, which took as its subject the twentieth-century history of Central Europe as told through the medium of photobooks. Its success prompts thoughts of the next “instalment” to be conveyed by way of history photobooks. The most recent history of the region may be less tragic, but no less fascinating for it.

The fact that twenty-first century Central European photobooks are attracting the attention of scholars and collectors from all over the world is of the essence, while a string of nominations and awards confirms the high quality of their artistic production. One purpose of the conference in Riga is therefore to develop reflections on the phenomenon of the Central European photobook and to extend the existing network to include scholars from Austria, Belarus, Slovenia, and Ukraine. The papers given at the event will focus on national narratives in book form based on the most interesting, canonical works. During the discussions and as we draw our conclusions, we will try to outline the fundamental topics and problematise the contemporary production of photobooks in the region. These publications differ, for instance, in the way that they are produced and distributed. A lack of large publishing houses and distribution networks has triggered the growth of a bottom-up photobook and self-publishing movement connected to HEI and photography festivals. A great many publications also see the light of day thanks to the support of orders from Western publishers. The future of photobook production and promotion models that have been developed so far is an open question, as is the strengthening of the network in the region.

The main topics that Central European photobooks focus on are important. One that stands out is the interest in the history of the region, the history of twentieth-century totalitarianism in particular. The kind of photobook typical here contains visual material that is unknown and generally unavailable or material that cannot be published for political reasons. Quite often, it is newly discovered vernacular material, such as the books Glass Strenči and Fortepan Masters. A great many authors return to a history that has yet to be worked through in full, basing their work on their own experiences or those of their family, as in the case of Vytautas Stanionis and Diāna Tamane, for instance. The need to delve into historical processes and document them is also a driving force seen in the work of Wojciech Wilczyk and Valentyn Odnoviun, amongst others.

Another type of photobook from the region is the posthumous compilation, featuring the work of outstanding, but undeservingly marginalised photographers like Vitas Luckus and Jan Svoboda, or artists who warrant not so much local, as global fame; Wojciech Zamecznik serves as an example here.

It is worth mentioning that an interest in history also means looking back on the era of the post-Soviet transformation, be it seen from the viewpoint of a participant in the events, such as L’ubo Stacho, or in retrospect, as with Ivars Gravlejs and Sasha Kurmaz, for instance. Focusing on the Central Europe of that period gives rise to a series of questions about identity and the way the region’s most recent history is conveyed.

Books and photos presenting the region in a manner which diverges from the standards of political correctness accepted in the West might be seen as particularly problematic; works by Boris Mikhailov, Miroslav Tichý, and Rimaldas Vikšraitis are all examples of this. The success of Libuse Jarcoviakova and Agnieszka Sejud demonstrates that another process is also possible, whereby the history of photography is reworked while taking otherness into consideration and respecting minorities, including sexual. How can the region be presented faithfully and interestingly without resorting to stereotypes? Several distinguished photobook authors who document the region attempt to answer that question. Some, like Andrew Miksys, Rafał Milach, and Martin Kollar come from here, but others are visitors interested in “another Europe”.

Another important trend, started by Jitka Hanzlová, encompasses books about returning home from life in emigration, such as the work of Misha Komkinek, and of discovering once’s family’s Central European roots, as with Damian Heinisch and Maria Dąbrowski. Personal histories are the subject of numerous photobooks where, like Csilla Klenyánszki and Joanna Piotrowska for instance, a photographic story of family, trauma, and history is combined with a process akin to therapy.

To conclude, it is worth posing a question as to what art books are nowadays and how they relate to photobooks. Amongst tried and tested photobook formats, works by artists like Vilma Samulionyte and Gytis Skudžinskas, produced by NoRoutine Books (connected to the Riga Photo Biennale), stand out, as do those by Hungarian authors Peter Puklus and Gábor Arion Kudász. The discussion topics generated by Central European photobooks that have won awards and accolades around the world, are myriad. Above all, they concern photography and narrative, conducted through the medium of the photobook, primarily, though not only, about the region. The crucial questions concern the organisation, production, social consequences, reception in the region and beyond it and, finally, the politics of photobooks, which, like it or not, have changed the face of photography and compelled the reworking of its history. 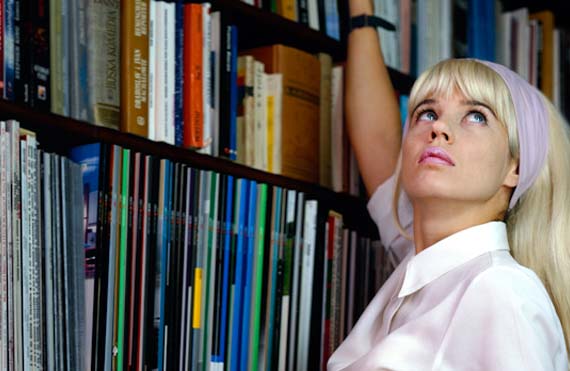